In the context of DiXiT, ZIM hosted Francisco Javier Álvarez Carbajal for a three months secondment dedicated to the digital modelling of medieval charters. 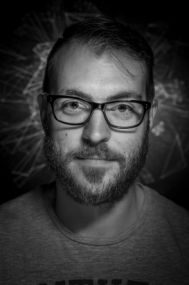 Francisco graduated in History in the University of Oviedo, Spain, in 2009. Then he enrolled there to the PhD program of the History Department and began his research on “The Documentary Production of the Counts of Luna at the End of the Middle Ages: Lordship Administration, Political Struggle and Social Legitimacy”. In April 2014 he received an ESR Marie Curie Fellowship and moved to Lyon, where he works for the École des Hautes Études en Sciences Sociales for DiXiT (Digital Scholarly Editions Initial Training Network) on a project called “Practice and Usability of Digital Critical Editions”.

Diplomatics is a consolidated field in the study and edition of historical sources. In spite of having its own scientific vocabulary (Vocabulaire International de Diplomatique) and dealing with legal sources (internally-structured, formulistic and thus, presumably easier to encode texts) there is not any TEI module nor any other standard covering specifically the encoding of diplomatic documents. Although there is a noticeable number of projects dealing with diplomatic editions of charters, none has tried thus far to export their encoding model to other sources in order to stablish a standard. And what is worse, this multiplicity has lead to the current scenario of encoding fragmentation and loss of interchangeability among the created editions.

So far, the Charters Encoding Initiative has been the most solid (although unfortunately incomplete) attempt to achieve the above mentioned standard and integrate it into TEI. Therefore, under George Vogeler’s supervision, Francisco’s secondment in the Austrian Centre for Digital Humanities aimed to, in a way, continue the task initiated by CEI and recover its original purpose of creating a TEI standard for the encoding of charters.

The materials used for elaborating the correspondent TEI ODD were a series of Late Medieval Castilian charters issued by the County of Luna (León, Spain). The ODD included a  new set of implementations designed to encode the charter features relevant for Diplomatics, that is, diplomatic structure, charter metadata (dates, calendar, documentary tradition, physical description, etc.) and means of authentication. In order to grant the conceptual framework of the markup, the tags were linked with the online version of the Vocabulaire International de Diplomatique.

In the near future Francisco aims to share this model with other scholars with similar interests, hoping to get the necessary feedback to improve it, and  consequently generate the common ground required to foster a community, which is the first step to (hopefully) create a TEI SIG devoted to include an specific diplomatics module within the TEI.

A prototype of a digital edition of the charters of the County of Luna, including a search engine, can be seen here http://glossa.uni-graz.at/context:decl